The price of Bitcoin (BTC) surpassed $13,000 for the first time since June 2019. The optimism around PayPal supporting crypto purchases led the overall market sentiment to brighten within a short period. Immediately after the PayPal news was reported, the price of Bitcoin increased from $12,300 to $13,200 at the day’s peak. Although the medium-term outlook of the cryptocurrency market remains positive, analysts are not dismissing the likelihood of a pullback.

Bitcoin surged 25.5% within a 13-day span from Oct. 8. Initially, the BTC rally began as profits from altcoins and decentralized finance tokens cycled into BTC. Some industry players like Sam Bankman-Fried, CEO of derivatives exchange FTX, revealed a cautious stance toward DeFi tokens, admitting that he placed a 200 net Yearn.Finance (YFI) short, equivalent to around $2.75 million. Although the shorts likely have not caused DeFi to slump, it showed that the sentiment around DeFi is dwindling. 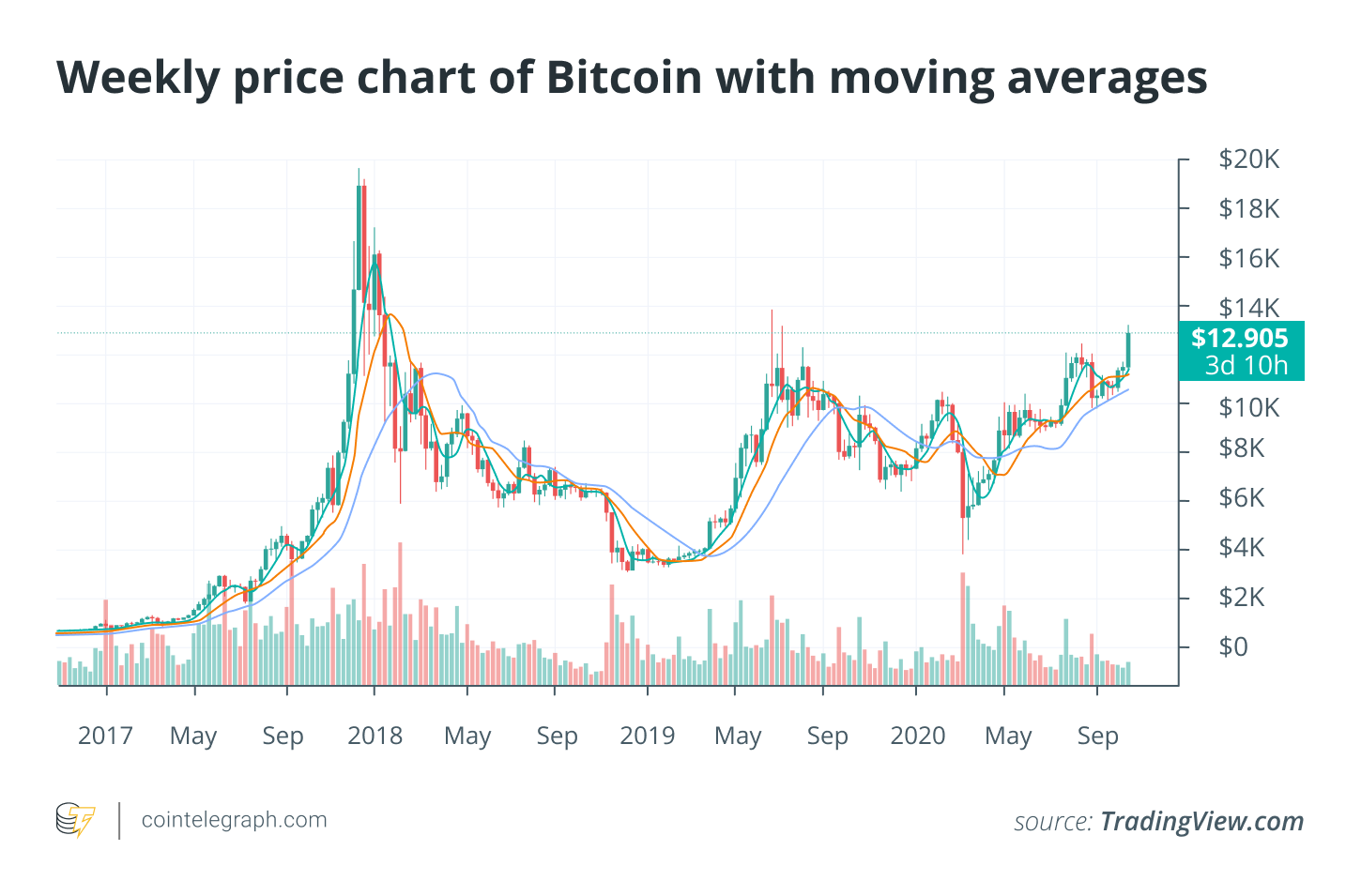 However, analysts are slightly cautious in the immediate-term in the price trend of Bitcoin. The overwhelming majority of BTC holders are in profit, which could lead investors to take cash out. BTC is also approaching $14,000, which previously acted as a major resistance level for BTC in mid-2019. In June 2019, when BTC hit $13,970 on Binance, it quickly pulled back to as low as $10,525 on the next day. In the 21 days that followed, BTC declined to $9,252, recording a 35% drop.

Is a profit-taking slump near?

Guy Hirsch, U.S. managing director of eToro’s trading platform emphasized to Cointelegraph that the PayPal news is a “very big deal” as prominent investors and venture capitalists, including Social Capital chairman Chamath Palihapitiya, echo a similar sentiment. The venture capitalist said every major bank is “having a meeting about how to support Bitcoin.”

The cryptocurrency market has been particularly optimistic about the prospects of PayPal integrating crypto for two main reasons. First, it follows the Bitcoin support from another major payments conglomerate, Square. Second, it reaffirms the perception of cryptocurrencies as an established asset class. Albeit the positivity around the news, in the short-term, Hirsch said a drop followed by a steady climb could occur:

“This increased adoption is likely to drive prices higher, but I do think it’s too soon to fully grasp the impact of this announcement on the markets, and wouldn’t be surprised to see profit taking cause prices to drop in the short-term before they begin a slow and steady climb upward.”

Denis Vinokourov, head of research at crypto exchange and broker Bequant, believes that in the near term, at least, consolidation would lead to a healthier uptrend for BTC rather than an exponential upsurge. There is little resistance between $14,000 and $20,000 due to the previous bull cycle in 2017 ending abruptly. But, Vinokourov said, that does not mean the ride to a new all-time high would be easy.

When 98% of Bitcoin addresses are in profit, as Glassnode researchers reported, a profit-taking phase is inevitable. Whether new inflows into the Bitcoin market would offset profit-taking from existing investors and hodlers is the variable in the near term. So currently, exchange inflows is set to become a highly relevant statistic, which recently dropped to a yearly low. If exchange inflows begin to increase again, it would signify that a take-profit pullback is probable, according to Vinokourov. He added:

“Overall, markets are approaching territory that doesn’t offer much in the way of price discovery potential but, for healthy markets, one would expect consolidation as opposed to exponential one way traffic.”

There is a strong possibility that BTC would see a continuation of its ongoing rally after a short consolidation period, as according to the data from Skew, all Bitcoin markets, including spot, derivatives and options, are showing a high level of demand after the PayPal news. Analysts at Skew said, “Bitcoin showing some solid activity following the PayPal news across spot, futures and options. Big sessions.” 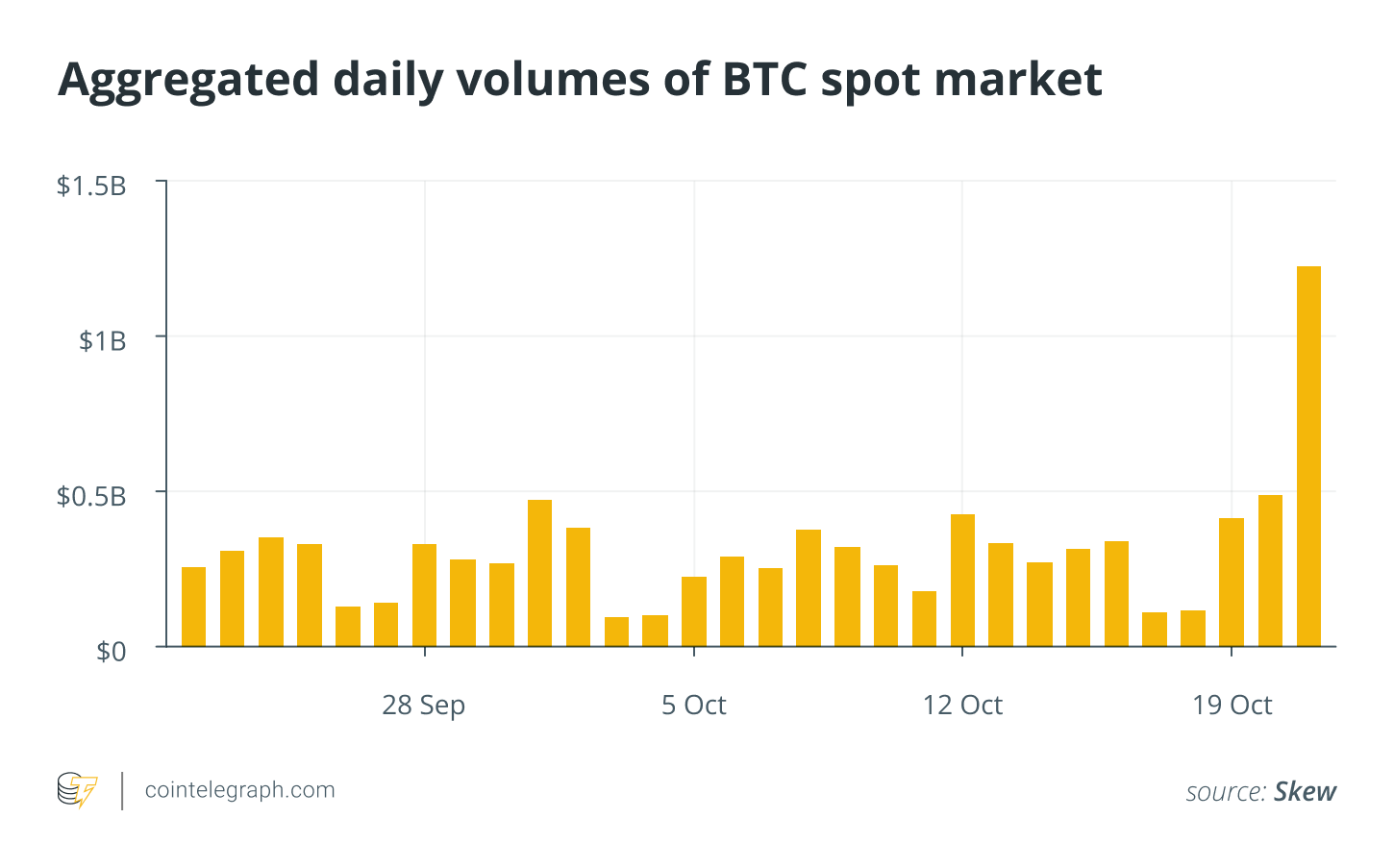 The next range for BTC in the medium term?

If Bitcoin sees a profit-taking pullback and consolidates, analysts expect the next range of BTC to form between $12,500 to $13,500 and stay there for the upcoming months until the next breakout. The $12,500 mark is important because it has acted as a strong resistance level, and BTC remaining above confirms it as a stronger support area. The $13,500 to $14,000 area has been a heavy multi-year resistance range.

But a tight range under a key resistance level that has pushed BTC down for nearly four years puts BTC in a positive position, placing a new record-high at arm’s length, especially when the next breakout occurs. Another variable for BTC is whether new capital would continue to flow into Bitcoin or diversify into the altcoin market. If the former happens, it would raise the probability of a BTC breakout by the year’s end.

There are two likely catalysts that could further spur another breakout of the next Bitcoin range in the medium term. Another major financial institution could announce support for BTC or allocate a fraction of their capital into BTC, fueling retail interest. The institutional demand could also spill over to the retail and spot markets, which are already seeing high daily trading activity.

Binance’s Bitcoin/Tether (USDT) trading pair, for instance, has processed $1.3 billion worth of volume in the past 24 hours. While the CME Bitcoin futures market’s open interest has also increased alongside the volume of LMAX Digital and Bakkt, indicating a contango of rising volume across institutional and spot markets. Heading into 2021, the noticeably growing interest toward Bitcoin would likely continuously fuel the appetite for the dominant cryptocurrency.