The first half of 2020 was pretty tumultous for Waves (WAVES), as the altcoin underperformed Ether (ETH) price by 36%. 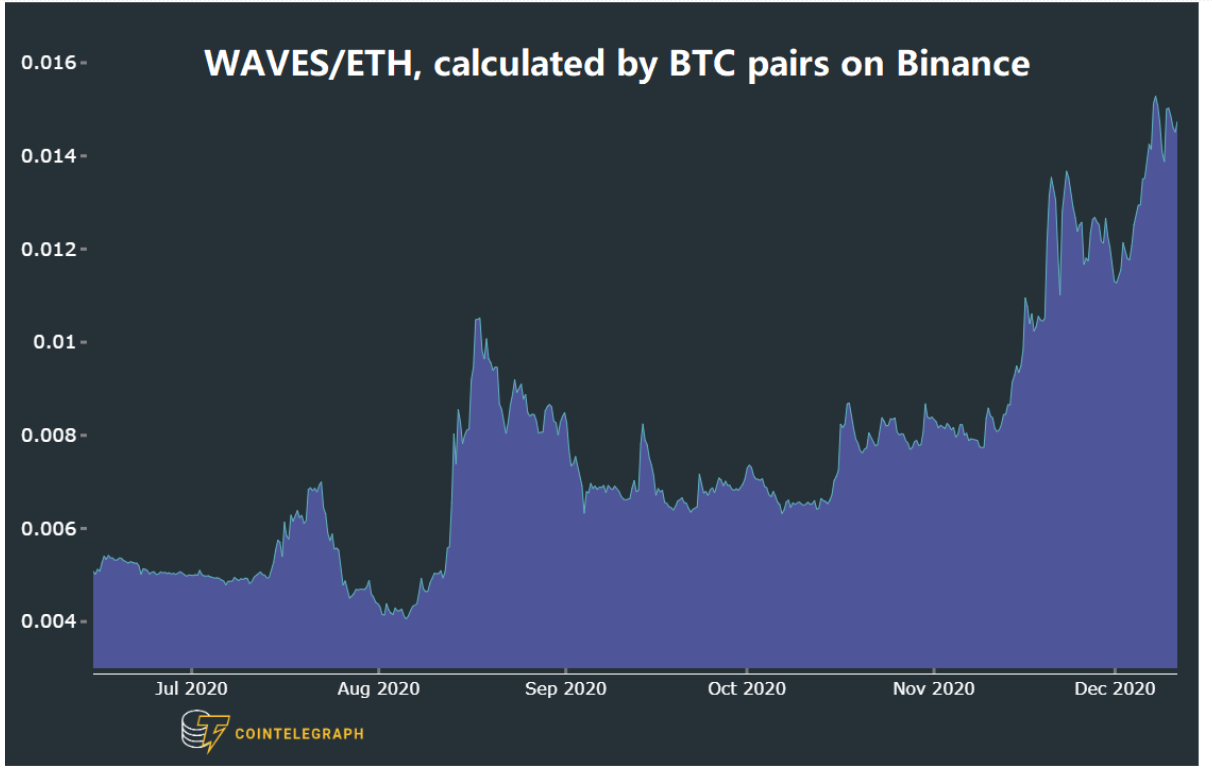 While it was once a top-20 cryptocurrency for a brief period back in Dec. 2018, the proof-of-stake project created by the Russian physicist Alexander Ivanov in 2016 seemed to have lost its traction.

The platform's success was initially based on its mobile application designed to streamline the user experience of decentralized applications (dApps) usage. Waves blockchain combines on-chain governance with blockchain-based computing but unlike Ethereum, it offers fixed fees.

This means there are no variable processing fees for miners and validators. The network also has its own smart-contract programming language called Ride. Despite being non-Turing complete like the more complex Solidity used by Ethereum, Ride still offers formal verification.

To date, a number of applications have been written, including Decentralized Exchanges (DEX), marketplaces, p2p lending, gaming apps and escrow facilities. Similar to Ethereum's Metamask, Waves Keeper is a browser plug-in that allows users to interact with the Waves ecosystem, including websites and dApps.

In addition to these apps, the project also owns its exchange which supports crypto-to-crypto and fiat trading. Similar to major exchanges like Coinbase and Binance, Waves Exchange can also be accessed via Android and iOS apps. 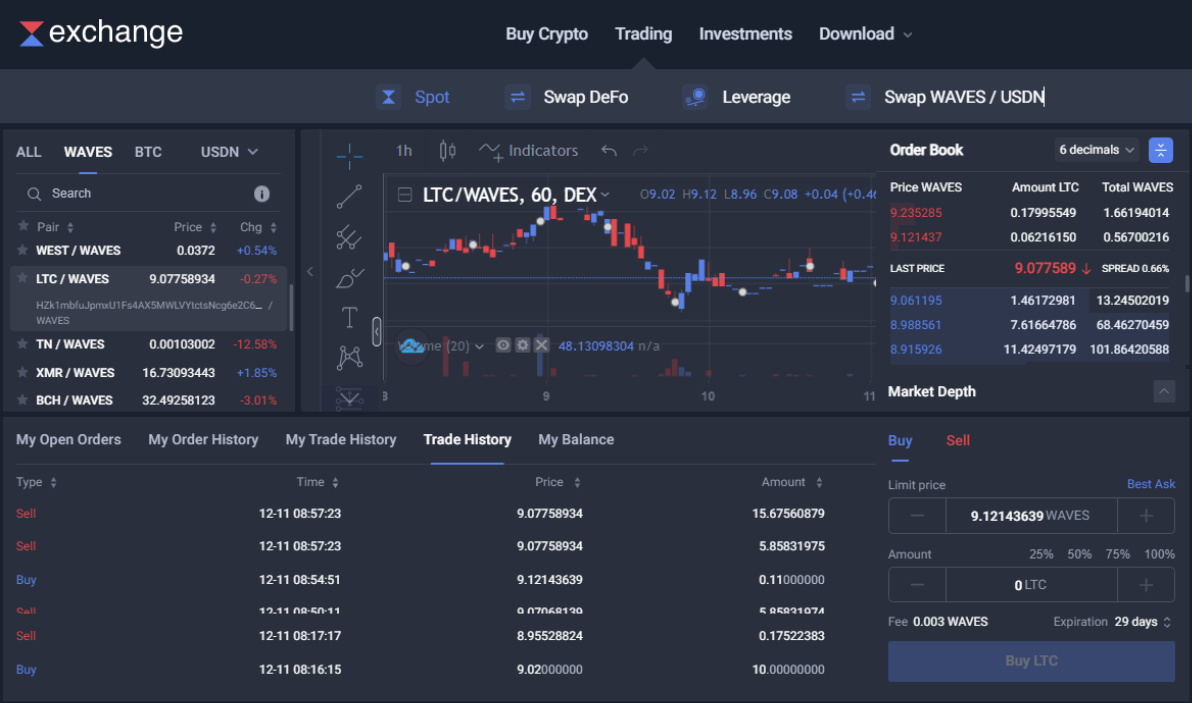 After a long period of hibernation, the token price gained momentum in August. This occurred around the same time that the Neutrino dollar (USDN) algorithmic stablecoin running on Waves blockchain gained portability to the Ethereum network.

A week later, on Aug. 12, Waves announced its Malibu v1.2 Mainnet after 11 months of development. Besides network security increase using verifiable random functions (VRF), the upgrade ended the scenario where complex failed transactions that did not pay fees. Among a new Ride v4 programming language, it made the network more robust and DDos resistant.

A somewhat quieter period caused the price of WAVES to drop by 28% in Ether terms after August, but the tide started to change after its ERC-20 portability was announced on Oct. 22. This new tokenized version provided access to a broader set of dApps and DeFi protocols.

On Nov. 19, OKExChain announced a partnership with Waves protocol to build decentralized applications and developer-friendly tools. As previously stated by Cointelegraph:

"Waves' Gravity protocol will enable OKExChain to connect and transfer assets across multiple blockchains. Assets in the Waves ecosystem can be used on decentralized exchanges built using OKExChain."

Take notice how most Waves-related tweet volume coincides with price peaks. This could have been caused by the multiple development announcements or simply due to traders' excitement as the price rallied.

There’s always the possibility that if the current trend continues, the favorable price movement may fade away unless the project continues to deliver over the following months.

When investors get used to weekly or monthly updates, it is only natural for the price to stagnate, as the September-October period has shown. As long as Waves’ ecosystem and usage continue to grow, history has shown investors should not worry so much about price.

The views and opinions expressed here are solely those of the author and do not necessarily reflect the views of Cointelegraph. Every investment and trading move involves risk. You should conduct your own research when making a decision.